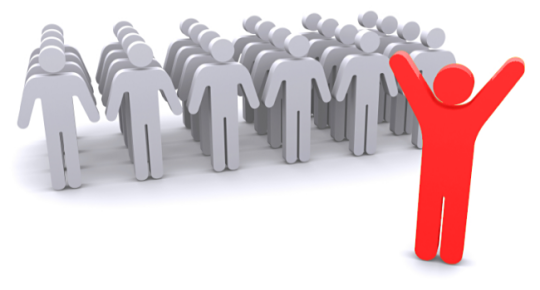 Firstly, I apologize for being a day late. Secondly, this is not a breakup post. (Although it could have been. Maybe one day I’ll have the energy to sum up my thoughts on the breakup.) This is an I’m-without-my-chosen-and-birth-family post. An I’m-learning-how-to-work-with-partial-allies post. An I’m-weary-with-this-school-thing post. Thirdly, the title comes from one of my favourite songs from ian kamau’s one day soon. Not at all related in content but felt fitting anyway.

Race doesn’t get talked about in my program. Maybe that’s not right. It’s probably more accurate to say that racism doesn’t get talked about. Or racism is talked about but nobody’s enacting it or benefiting from it. What this means is that in classes, I often feel anxiety anytime race is/could be mentioned because I know 1) it’s going to be avoided, 2)someone will say something problematic in such an indirect way that it’ll be hard to call it out in the moment or even talk to classmates after about it and call it what it was and/or 3)someone’s going to say some outright fucked up shit and I’ll have to deal with calling it out and/or the awkwardness of my classmates as they try to have conversations with me about what was said.

All 3 of these options happened in one class around one comment. First the extremely problematic thing was said by a lecturer. Then, in an attempt to show ‘solidarity’ with me (the black girl who so ‘bravely’ spoke about race in class *insert roll eyes*), I got cornered by a classmate who thanked me for my comment and launched into a heavily coded racist/classist tirade. Then there was the silence. The avoiding of the topic. The lecturer looking at me cautiously as they stuttered through any reference that they thought could potentially set me off.

The most surprising feeling that came up for me in this 3 week long process of awkward conversations, being taken aside in private to discuss things with the professors, having semi-cathartic conversations with three of the other non-white people in my class and venting to my core people elsewhere was loneliness. I was ready for the anger (I’m comfortable with getting heated when shit comes up). I was ready for the relief (it often feels like I’m just waiting for some shit to come up because it’s quite often barely seething below the surface; that ‘fight or flight’ stress mode is real). I was ready for the exhaustion (see the two previous feelings). I was not ready for the level of loneliness.

I was the one who spoke up. My old boss used to speak about the burden that a certain kind of political people of colour often are assigned/take on. Hearing these comments that support/come out of/are part of oppressive systems that have material, emotional, mental, spiritual, physical consequences for you and communities that you belong to. Being the only one who is willing to speak up about it because it’s real for you and other people either don’t notice or do not think it’s a big deal or do not speak up because they benefit from the system or are not in a place to/willing to work through the guilt/privilege/discomfort to verbalize it. Being the one who then has to teach people how not to be (as) racist/say (as) racist things.

I do not always have the energy to speak up. This is where allies would be useful. But I do not have many of those here. There are lots of reasons people don’t speak up individually, I’m not saying people who do not speak up are bad. (I think this is one of our fears when confronted with our privilege. That people are accusing us of being intentional assholes or inherently bad. Or at least that’s one of my fears when my middle-class, light-skinned, English-speaking, cisgender, straight privilege is made glaringly obvious.) I’m saying the sum of all those individual reasons is a collective excuse that reinforces silence instead of (professors) using a valuable opportunity (I hate calling painful/problematic stuff an opportunity but I think in what is clearly supposed to be a learning environment, it can be exactly that) to talk about things that I know people think but rarely feel that they can discuss.

So after all of this, I feel a lot of things. Tension in my shoulders. The desire to cry every few hours. Sad. Disappointed. Frustrated. Lonely. But it’s a reminder that while I’m in this physical space (and probably all others), my self care cannot be neglected. In this process, my self care looks like: