These  three are my most played songs for for the last few weeks running( in that order too). I hope you enjoy as much as I have.  One just might actually be my new ringtone! 🙂

I highly recommend Stacy, awesome album overall but this song speaks to me in particular.

Do you want some money baby? How about some chicken wings?

The video isn’t my favorite, but yes Beyonce, I  do like to party!

music in my head

I’ve been listening to far too much soca recently. I’m hoping to share these songs to free me of these songs.

Here’s to hoping its transferable.

I literally cannot asking myself or anyone the time without hearing this song. I used to be horribly offended by it. The idea of being 6:30’d in a party or on the road is not becoming at all, but I won’t lie I’ve tried to see if I could do the 6:30 b/c the 6:15 not not good enough.

Oh the despair. Please free me! I need to be able to ask, “what time is it?” without the thought of being folded over.

I have a love for Edwin Yearwood and Krossfyah that goes back to this being the first song I learned on pan in high school. When I saw him perform this I wasn’t quite as in love anymore, gold locks are not the business but I was still ready ready ready ready ready to love it and him all over again.

They say dancehall is violent. But apparently so is soca, it’s something we (womyn) required to brace ourselves for. I didn’t even realise this was an Alison.

I can actually say I’ve witnessed a jones and brace.

in search of a far calmer, less instructive soundtrack

Best Weekend Ever Lives On!!

Due to inclement weather yesterday we get to jump and jam again on Sunday!! I also  have some new songs to share with you all. The first one is a special going out to my Bajan peeps. Hope you had a good Kadooment. 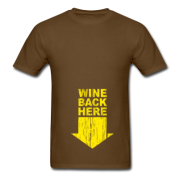 Has it ever been so long since you’ve been to a party you think just maybe you have forgotten how to wine?

That was me on Thursday. I am thankful report that such is not my situation and I managed to leave the party just short of winin’ my life out. Another friend was not so lucky and will be having a funeral for his waist tomorrow.

Being out however reminded me of the dynamics of winin’ in this particular island. I present to you:

It is essential that you know the essentials of the wine:

It can be initiated by either party- preferable if by the passenger but perfectly acceptable (and more common) by the driver especially in the event that the two of you are in fact strangers.

i.        The dance must last at least three (3) songs if not expect to be visited multiple times in the dance.

ii.        If the passenger did not initiate the first dance a second dance later in the night would be looked upon favourably- in this dance a bumsie wine (for one (1) song will suffice.

iii.        If the passenger does initiate the first dance a bumsie wine will not be adequate if she only wants to dance with the person once an ass-to-crotch position (in either direction) is required for most parties to be satisfied with the unspoken agreement.

iv.        Scandalous win’ing is almost always encouraged but not necessary; putting in good effort is encouraged if you plan on seeking future transportation arrangements with this person.

v.        If the person’s significant other is there playful win’ing is recommended: (i)bumsie, (ii)side grind, (iii)bending the fella over. Moving outside of this framework is advised only if the significant other is scandalously win’ing with other parties. Do not be confused by his encouragement of scandal; there is only one exception.

vi.        If you find yourself attracted to the driver and would like to indicate such moving outside of the three song wine would be the method. Be careful though- going past seven songs though a second seven song set at another interval in which you seek him out is useful.**

If you plan on seeking future transportation arrangements with this person. Gyal you can’t get away tonight.

NOTE: Please do not confuse a wine with affection. It is an obligation that most carry out gladly because they enjoy win’ing. If you previously expressed interest by win’ing see (1)(vii). I have given and been given the look of “I guess it’s about time to dance with person “x”” on people’s faces. People think they are rude if they don’t. Have no fear I completely see how wrong this is- look out for the full brief in part 2 but I wish I had known all of this ahead of time.
* Consider it payment for service. Yups that’s right our bodies are still very much for sale.

** Continuous lock down dancing is not advisable under any circumstance. You should take the break between intervals to wine (playfully) with other people if not playfully ensure the level of dance with the driver is clearly more intense even if it means a pendulum wine with the fillers.☺